Every Xbox One has the right to play DVD movie. But in many cases it is prompted fail to play DVD on Xbox One. Wondering why? Come Here! The article is split into Four parts:

Part 1. Why Xbox One can not play every DVD?

Xbox One claims to be able to play DVD on it. However, the commercial DVDs are always encoded with Region Code, Paramount, CSS encryption, Sony ArccOS protection, etc, preventing you from playing DVD on Xbox One smoothly as you expected.

This means that only when the DVD region matches the region of your Xbox One console can you play DVD on Xbox One. For instance, if you got a DVD sold in France and a Xbox One sold in America, you’ll probably fail in playing DVD on Xbox One, which are of different region codes. Generally, the DVD world is separated into the following geographical regions. In this case, it’s wise to remove Region Code from DVD first with a DVD ripper for playback DVD abroad easily.

Of course, there are other reasons to let the no region code restrictions of DVD collectors also rip DVD to Xbox One:

That’s why the demand of ripping DVD to Xbox One is on the rise among DVD lovers.

Part 2. How to Play DVD on Xbox One without any region code restrictions?

How to bypass Region Code from DVD, make the DVD region free and How to play DVD on Xbox One? A professional DVD ripper can help you remove all embarrassments you encountered. Here Aimersoft DVD Ripper is highly acclaimed among a mass of customers for its omnipotent DVD ripping ability and utmost video quality. Regardless of region code, Disney copy protection, CSS encryption, Sony ArccOS protection, etc put in place on DVDs, this program has the ability to remove any region codes from DVD, make the DVD region free, and helps you rip DVD to Xbox One supported formats,  currently Xbox One only supports WMV, AVI, MOV, MKV, MP3, MP4 and WMA.

Aimersoft DVD Ripper offers specified video formats for Xbox One, Xbox 360 and many other game hardware like PSP, PS4, Wii and more. With it, you will be able to watch any DVD movies via Xbox One. Its build-in editor lets you touch up the DVD video as you like, which include trimming, cropping, rotate, merge and apply special visual effects, etc. This DVD to Xbox One ripper also able to fetch and embed the metadata information to the movie. Moreover, the DVD Ripper software can also rip DVD/ISO image files to popular video and audio formats, such as WMV, AVI, MKV, MP4, FLV, Divx, Xvid, MOV, MPG, M4V, MP3, OGG, FLAC, WAV, M4A, WMA, etc. In this way, you can play your favorite DVD movies anywhere you like.

Below are steps to unlock DVD region code and rip DVD to Xbox One supported formats.

Part 3. How to Rip DVD to Xbox One supported formats?

If you are using Windows-based computer, then Aimersoft DVD Ripper is exactly what you need. It is well compatible with Windows oprating system and converting with fast speed and extremely high quality. Mac users just turn to Aimersoft DVD Ripper for Mac, which performs well on Mac OS X.

Note: The screenshots are taken from the Windows version of DVD Ripper. Please download the suitable version to your computer.

Install and run this DVD to Xbox One ripper on your PC. Insert your DVD disc into your DVD-Rom (Ensure that you have sufficient space on hard drive to store the DVD), and click “DVD Disc” button to let the software recognize and analyze the DVD. It takes just a few sec. Both ISO, IFO and files in DVD Folder can be loaded.

Tip: Don’t worry about your DVD drive can’t read the DVD Disc because of the incompatibility of region code. the DVD Ripper software will automatically bypass the DVD Drive, anything will become simple. 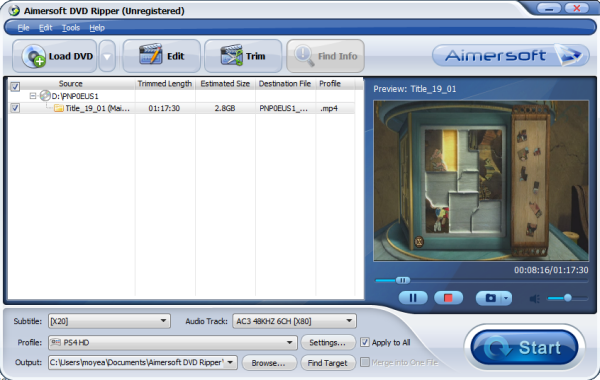 This DVD to Xbox One ripper provides optimized presets for Xbox One and Xbox 360 (HD output format). So in this step, you can just choose the ready preset for Xbox devices as the output format, which will remove all the incompatibility issue.

Next, back to the main interface. Click on the “Destination” and change to your location that has sufficient disk space to save the exported file. 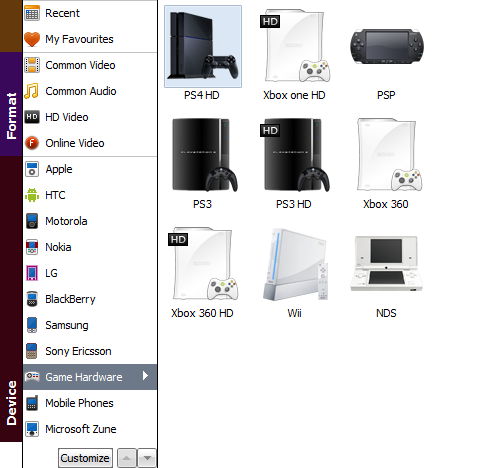 Because the Xbox One also support a group of popular formats , etc., you can choose

Alternatively, You can choose Xbox One supported other video formats such as WMV, AVI, MKV. 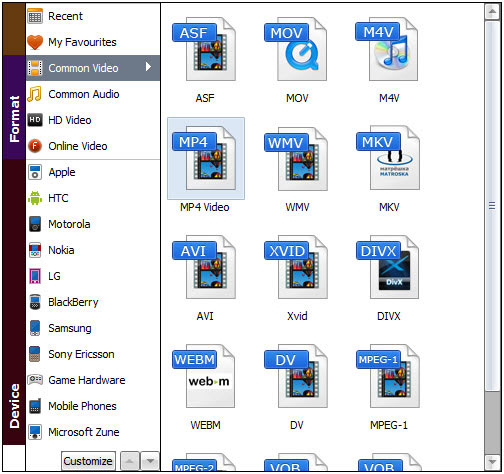 Before start ripping, you can also edit the DVD movies as you like. When all settings are done, simply click the “Start” button to begin the conversion from DVD to Xbox One supported video format. You will get the movie files converted ready in a few minutes.

Follow the 1-2-3 steps, you will find the conversion from DVD to Xbox One is so easy and fast and then watch DVD movie on Xbox One, even the Xbox 360, PS4, PS3, PSP, Wii, etc. Besides converting DVD movie to game consoles, this software also makes it distinguished from other similar programs by furnishing more than 200 output profiles for Apple iPhone, iPad, Samsung, HTC, Android, Sony, LG, BlackBerry, Zune, Media Player, etc.

Part 4. How to Stream the ripped DVD movie to Xbox One from Computer?

It’s rather simple to stream Xbox One supported video formats. All you have to do is some settings to get the job done.

Step 1. Enable the “Play To” function

Make sure your Xbox and computer are in the same network. Then access the “Setting” menu on your Xbox One. From there, find the “Preferences” option and make sure “Play To” is enabled. These steps will allow your console to have multimedia pushed from any PC. 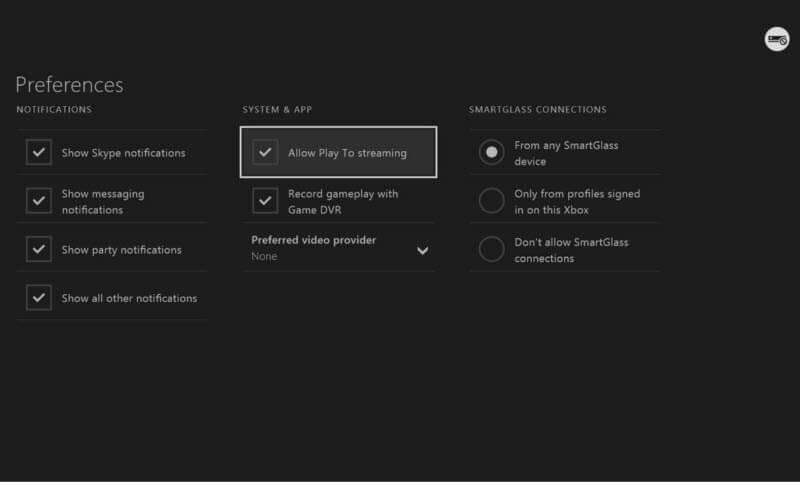 Now you can use this “Play To” feature to easily stream your video to Xbox. There are a few different ways to use this feature, depending on your Windows version.

1. Head into the “Devices and Printers” section of the Control Panel. From there, click “Add Device” and you should see your console as an option. When you see it, select it, and click “Add this device”. 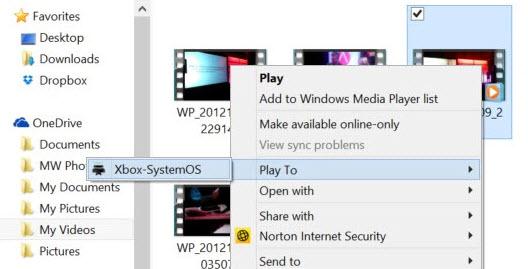 3. The Windows Media Player will pop up, which will stream the desired media to your Xbox One.

In Windows 8.1, Microsoft has rebranded “Play To” as “Play” and changed the way that you access this functionality from the Device charm and pane. But you can still get it by following the steps below:

1. Navigate to PC & devices > Devices. Check your list of Play devices. If your Xbox One doesn’t appear, click “Add a device” and then select the device from the list. 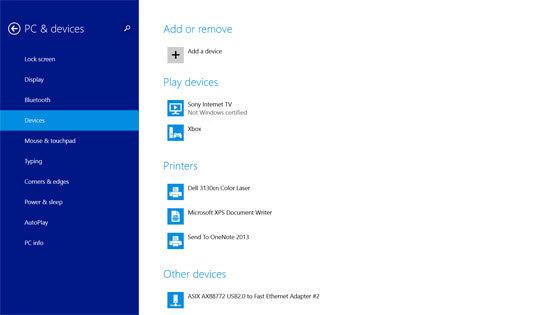 2. Open the Xbox Video app, and begin playing the file you want to stream.

3. Swipe in from the right edge or move your mouse cursor along the right-hand edge to open the Windows Charms Menu.

4. When the Charms Menu pops up, select Devices and the option for Play. 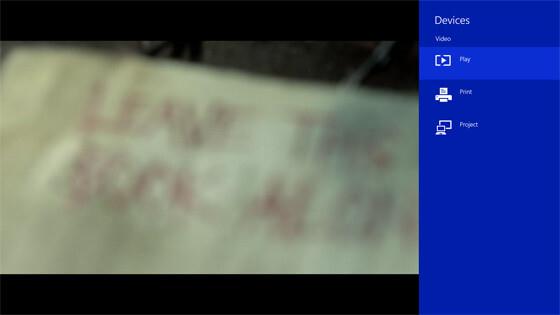 5. You’ll then see your Xbox One listed. Tap on it and your video will be streamed to Xbox One.

If there are other ways that you stream and play DVD onto Xbox One/360, please share them in the discussion thread below.

Additional Tips: How to all HD/4K Videos on Xbox One/360?

It’s quite easy to stream Xbox One supported video formats, but what is your video file is not supported by Xbox One, like FLV, VOB, H.265, ASF, AVCHD, Tivo, VC-1, RMVB, WTV, OGV, MXF, VRO, etc.? Don’t worry! Here I recommend an easy solution – Wondershare Video Converter Ultimate. It enables you to stream Xbox One unsupported formats with just a click. Now just download the free trail and follow the steps below to see how it works.

Step 1. Import your video files to the software

Make sure your Xbox and PC are in the same network. Then launch the “Media Server” program by clicking the icon on the desktop. (“Media Server” acts as a powerful plugin-in of Wondershare Video Converter Ultimate, which helps you stream any video format to Xbox One.) After that, directly drag and drop the video files you want to cast to the program or browse all the media files stored on your computer by click the “Computer” icon. 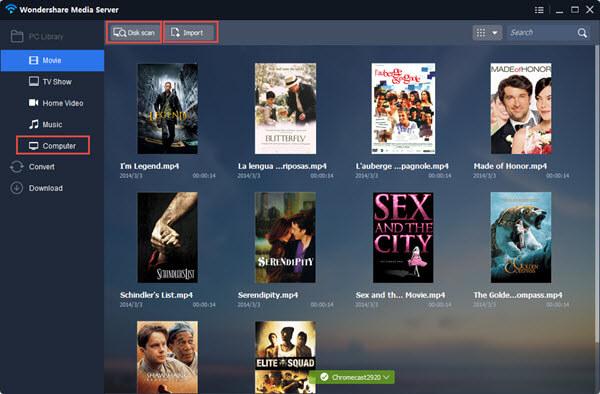 Start streaming by clicking the “Cast” button (it’s at the right-bottom corner). You can also perform the streaming action by click on the same cast button while playing the file in the media player. 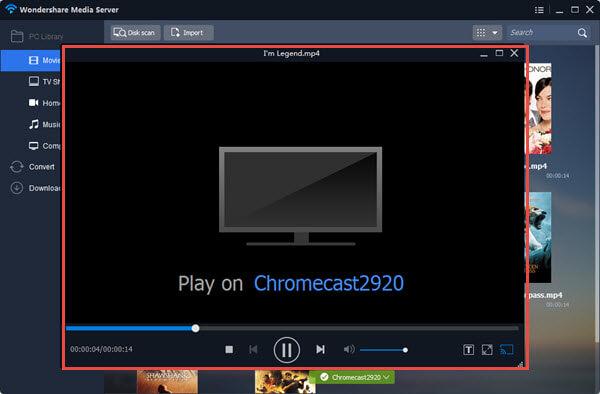 After you successfully stream the content, you can control the volume and other playback options of the TV display from either the media player panel or your TV controller.

Note: In fact, the video converter can also convert your un-compatible common/HD/4K/3D video files to Xbox One supported formats easily and quickly. That is to say all kinds of video formats could be played on Xbox One/360 by converting, you can refer to the steps in this article. After converting, you can stream video files to Xbox One/360 for playback.

How to Rip and Copy DVD to AVI for different uses on Windows PC?

How to Decode and Encode Samsung NX1 H.265 footage to MOV, MP4, AVI, WMV for editing, burning or playing?

7 thoughts on “How to Put and Play DVD onto Xbox One without any region code restrictions?”